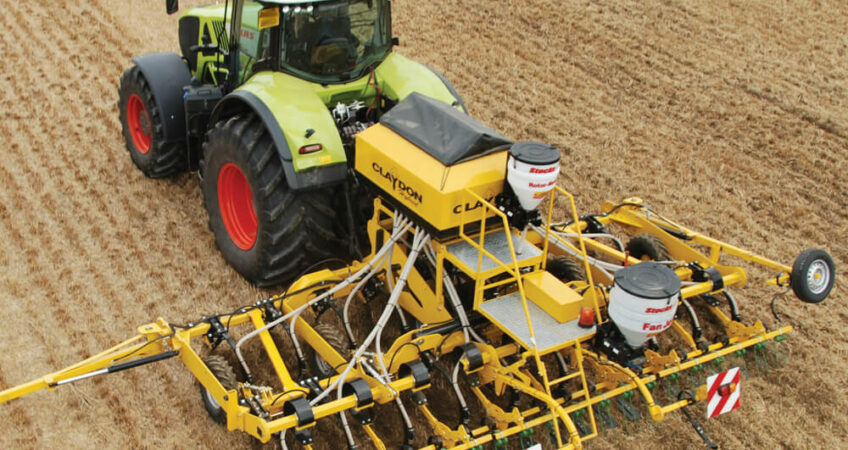 History Of The Seed Drill

The history of the seed drill can be traced back to a truly instrumental figure in English agriculture, Mr Jethro Tull. He was a writer, farmer and inventor, he strived to improve age-old agrarian practices by applying modern science and technology. He was born in 1674 and grew up on the family’s Oxfordshire estate. We went on to the pipe organ before becoming a law student. In 1699, Tull qualified as a barrister, toured Europe, and got married. ​Jethro Tull invented the seed drill in 1701 as a way to plant more efficiently. Prior to his invention, sowing seeds was done by hand, by scattering them on the ground or placing them in the ground individually, such as with bean and pea seeds. Tull considered scattering wasteful because many seeds did not take root.

His finished the seed drill included a hopper to store the seed, a cylinder to move it, and a funnel to direct it. A plough at the front created the row, and a harrow at the back covered the seed with soil. It was the first agricultural machine with moving parts. It started as a one-man, one-row device, but later designs sowed seeds in three uniform rows, had wheels and were drawn by horses. Using wider spacing than previous practices allowed horses to draw the equipment and not step on the plants. 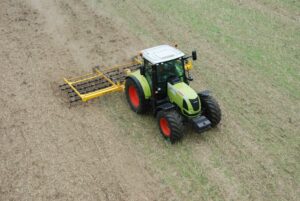 How Does a Direct Seed Drill Work?

The aim of a direct seed drill is to place the seed directly in the residues of the previous crop with minimal soil disruption (only 5-20% of the soil surface is cultivated). This can offer many benefits depending on certain conditions. In large parts of the world, water availability is the direct limiting factor for yield. Direct drilling saves germination moisture by leaving the soil undisturbed and allowing harvest residues to remain on the surface as good protection against evaporation. Economic factors also play a part, as in many of the areas where limited water restricts yields to low levels soil tillage is not financially viable.

Leaving the majority of the soil surface undisturbed under a straw cover provides good protection against water and wind erosion. Losses of soil and plant nutrients via erosion have negative economic and environmental effects. Omitting other tillage operations naturally decreases the time requirement and the costs per hectare. The decreased time requirement is an important consideration on large farms and also in e.g. autumn sowing of rapeseed in northerly growing regions, where the period between harvest and tillage is very limited.

Omitting soil cultivation in a cropping system requires stubbles to be managed effectively.  Straw harrowing will help break down harvest residues and distribute them evenly across the field.  It will also destroy weeds and slug populations.   Cover cropping and good crop rotation will also help manage weed and pest issues.

We are a farming family who have been growing crops since the early 1900s.  We also manufacture crop establishment machinery which reduces input costs, maximises yields and improves soil health.  We have customers that span the UK and over 30 countries worldwide. We are very proud that we have farmers across the world using our Claydon System on their farms. If you would like to find out more about us or any of the products that we offer, get in touch today. You can fill in a contact form online or call us on  +44 (0)1440 820327.