The Claydon Hybrid direct tine drill can be set up as a zero till drill, with discs seeding direct into cover crops.

The Hybrid zero till set up can be seen working in this video footage from Northumberland. Water infiltration tests have confirmed that the soil’s ability to drain and water-holding capacity are now far greater and continue to improve with the Claydon system compared to the prior conventional system of crop establishment. After just two years of using the Claydon System yields were back to 4.3t/a, while establishment costs were a fraction of what they had been before.

Catégories : products, Semis
Get a Quote

Zero till drilling in the north of England

Growing cover crops successfully is all about creating roots at different levels, so in addition to deep rooting cover crops our customer in Northumberland chooses those with a good canopy to crowd out weeds and create as much mycorrhizal association as possible.

Cover crops cost around £35/ha for the seed, but in combination with the Claydon System, the customer has noticed significant improvements in soil structure and less soil erosion.

The combination of a wider rotation with cover crops and strip seeding has also been of significant benefit in terms of minimising weed populations and now the farm has far fewer grassweeds than many where ploughing is used, all while using fewer agrochemicals and at far lower cost than with a conventional establishment system. Insecticides are not used and, again in combination with strip seeding, this has resulted in significantly more wildlife on the farm, including insects such as ladybirds and wasps which consume aphids and flea beetle, and a noticeable increase in the number of birds, including stone curlews, pheasants and grey partridge.

In Germany Claydon customers have been sowing into cover crops in Neuss near Dusseldorf.  Below are photographs of the T6 trailed 6m drill sowing in autumn 2019, with the emerging crops from shortly before Christmas.

Zero till disc option on Hybrid drill in Bedfordshire. 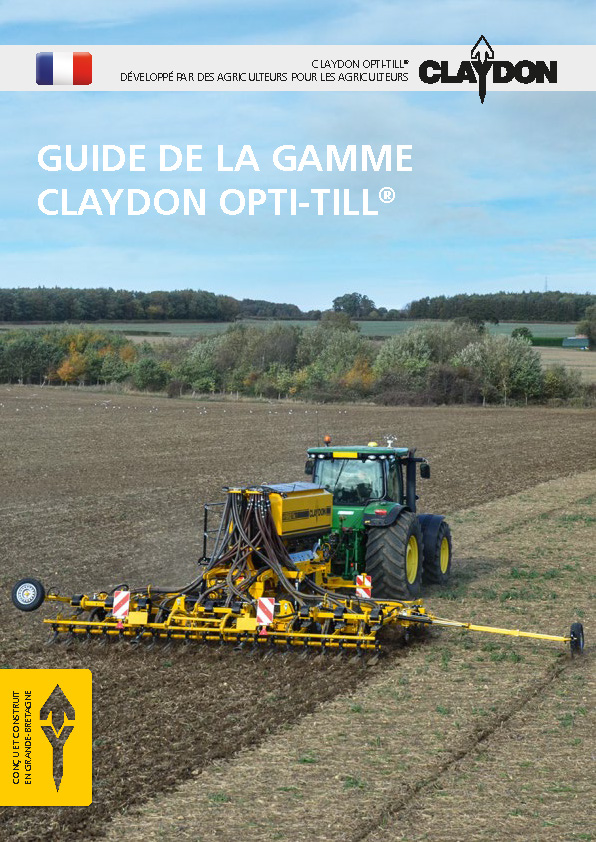